A stated first edition, with a full number line. Hard to tell from new. We put tracking on every shipment.

ABC Family's hit show "The Secret Life of the American Teenager" focuses on the Juergens family and how they deal with the unexpected pregnancy of fifteen-year-old Amy.Younger sister Ashley is the no-drama outsider, and despite her age (thirteen in the first season), she is in many ways more observant and thoughtful than Amy-she caught on to their parents' separation, she provided comfort throughout Amy's pregnancy, and she is independent beyond her years.Ashley keeps a diary in which she unveils various secrets and plot points about how each character spent their summer vacation at the end of season one and cliffhangers from season two. Questions that will be addressed include:
-What happened at Grace's pre-med summer program?
-The mystery behind Ben's trip to Italy and his Italian girlfriend.
-Did Madison and Jack hook up at their Dead Parents Club sessions?
-Who is baby Robie's father? George or David?
-Amy's real feelings for Ricky

Top-Secret, Personal Beeswax: A Journal by Junie B. (and Me!) 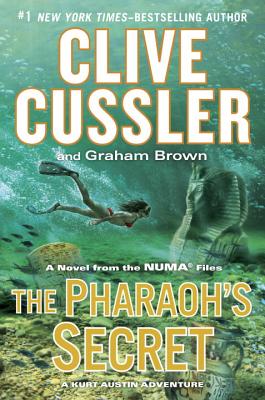 The Pharaoh's Secret (The NUMA Files)

Leaves from the diary of Samuel Pepys