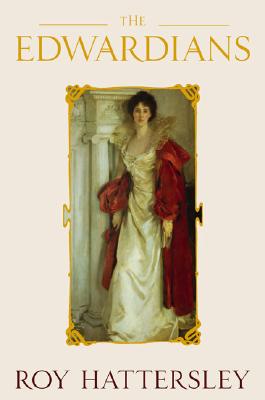 Edwardian Britain has often been described as a golden sunlit afternoon---personified by its genial and self-indulgent King. In fact, modern Britain was born during the reign of Edward VII, when politics, science, literature, and the arts were turned upside down.
In Parliament, the peers were crushed for the first time since Magna Carta. Irish nationalists and suffragettes took politics out on to the streets. Home Rule and Votes for Women were delayed, not precipitated, by the First World War.
Great parliamentary stars such as Lloyd George and Winston Churchill typified an era in which personalities dominated the headlines of the new tabloid newspapers. It was the age of Rolls and Royce, Scott and Shackleton, Edward Elgar, Shaw, the Pankhursts, and Mrs. Alice Keppel, whose social life was reported without mention of her relationship with the King.
The theater of ideas superseded drawing room dramas. Novelists of genius---from Henry James to D. H. Lawrence---produced a masterpiece each year. A London gallery caused a sensation with an exhibition of "Postimpressionists." Edward Elgar was the first English composer for two hundred years to stand comparison with the continental European masters. In sport, Victorian chivalry was replaced with unashamed professionalism.
Man flew for the first time and the motorcar became a common sight on city streets. Physicists examined the structure of the atom and philosophers disputed the traditional definition of virtue. The churches tried, without success, to confront and confound a new skepticism. Explorers sought to prove that men could live, and die, like gods.
Drawing on previously unpublished diaries and letters, Roy Hattersley's The Edwardians is a beguiling account of a turbulent and frequently misunderstood period. It is a full and often humorous portrait of an era that he elevates to its rightful place in British history.

Description: A stated first American edition, with a full number line. Hard to tell from new. DJ has some minor wear. We put tracking on every shipment.