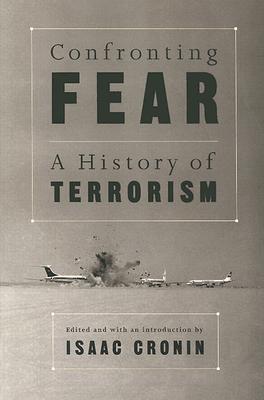 Confronting Fear addresses the question, How did we get here? The events of September 11, 2001, had their origins in both the recent history of the Middle East and in events that took place hundreds of years ago in Europe and elsewhere. The writing collected in Confronting Fear provides the broadest possible basis to probe and understand these horribly destructive actswhose purpose and rationale is complex and sometimes even contradictoryby offering both a perceptive and comprehensive long view. It gets into the mind of the terrorist, from those who present terrorism as a tool against the status quo to those who see it as a tool to bolster the status quo to those who insist terrorism is a purely ideological act. Confronting Fear includes portraits from a global rogues gallery of terrorism, including Robespierre, Lawrence of Arabia, Abu Nidal, Carlos the Jackal, The Red Army, Theodore Kaczynski, Aum Shinrikyo, and Osama bin Laden. There are also discussions of movements that are or have been based in Japan, Russia, Germany, France, Ireland, Algeria, the United States, Afghanistan, Israel, and Palestine, with writings by experts and literary figures ranging from Simon Schama, T. E. Lawrence, and Joseph Conrad to Menachem Begin and V.S. Naipaul.

Description: A first edition, with a full number line. Book is clean and tight. Has minor shelf wear. We put tracking on every shipment.