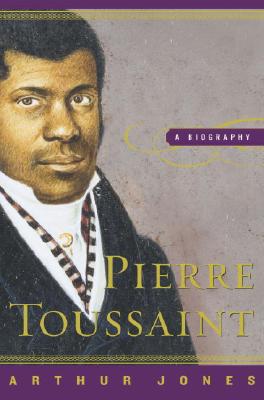 A stated first edition, with a full number line. Hard to tell from new. DJ has some rubbing and wear. We put tracking on every shipment.

This richly detailed portrait of Pierre Toussaint, who was born into slavery, became one of the most admired men of his time, and is now a candidate for canonization, reveals both the journey of an extraordinary man and a fascinating glimpse into nineteenth-century America.
Pierre Toussaint was born in Saint Domingue (now known as Haiti) in 1781. The child of a slave on a plantation owned by the Berards, a prosperous French family, he was raised as a devout Catholic. When a slave uprising forced the Berards to flee the island in 1797, Toussaint came to New York City as the family's servant. As a black man and as a Catholic, Toussaint found that his new home held dangers of its own: Slaves were brutalized by their owners, free blacks were beaten on the streets, and anti-Catholic sentiment was rampant. But New York also offered him new opportunities. When Toussaint's talents as a hairstylist--along with his charming, refined manners--made him a favorite of the women in New York's upper-class families, he began earning a substantial income. He was given his freedom in 1807, married in 1811, and devoted his life to helping former slaves, supporting the Church, and taking care of the poor and oppressed, all while helping to raise funds for the city's first cathedral.
In the first biography of Toussaint written for a mainstream audience, Arthur Jones charts a life buffeted and scarred by poverty, prejudice, and political upheavals, and shows how Toussaint's faith, independence of mind, and sense of personal dignity served as lifelong sources of strength. Drawing on letters from Toussaint's friends and admirers, black and white alike, as well as a wealth of historical sources, he brings to life a man who, by defying the strictures of a racist society became an example not only for other black people, but for oppressed and maligned immigrants of all backgrounds.

The Memoirs of Casanova (LEC / Signed)

Adolescents in search of a new church

Romanticism (The Taste of our time)