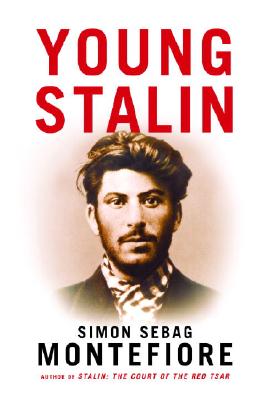 A revelatory account that finally unveils the shadowy journey from obscurity to power of the Georgian cobbler's son who became the Red Tsar--the man who, along with Hitler, remains the modern personification of evil.
What makes a Stalin? What formed this merciless psychopath who was, as well, a consummate politician, the dynamic world statesman who helped create and industrialize the USSR, outplayed Churchill and Roosevelt, organized Stalingrad, took Berlin and defeated Hitler?
"Young Stalin" tells the story of a charismatic, darkly turbulent boy born into poverty, of doubtful parentage, scarred by his upbringing but possessed of unusual talents. Admired as a romantic poet and trained as a priest--both by the time he was in his early twenties--he found his true mission as a fanatical revolutionary. A mastermind of bank robbery, protection rackets, arson, piracy and murder, he was equal parts terrorist, intellectual and brigand. Here is the dramatic story of his friendships and hatreds, his many love affairs--with women from every social stratum and age group--his illegitimate children and his complicated relationship with the Tsarist secret police. Here is Stalin the arch-conspirator and escape artist whose brutal ingenuity so impressed Lenin that Lenin made him, along with Trotsky, top henchman. Montefiore makes clear how the paranoid criminal underworld was Stalin's natural habitat, and how murderous Caucasian banditry and political gangsterism, combined with pitiless ideology, enabled Stalin to dominate the Kremlin--and create the USSR in his flawed image.
Based on ten years of research in newly opened archives in Russia and Georgia, "Young Stalin"--companion to the prizewinning "Stalin: The Court of the Red Tsar"--is a brilliant prehistory of the USSR, a chronicle of the Revolution, and an intimate biography. A thrilling work of history, unparalleled in its scope, full of astonishing new evidence and utterly fascinating: this is how Stalin became Stalin.

Description: A stated first American edition. Book is clean and tight. There is a remainder mark on the bottom page edges. DJ has minor wear. We put tracking on every shipment.

Don't Throw It Away! (Young Explorers)