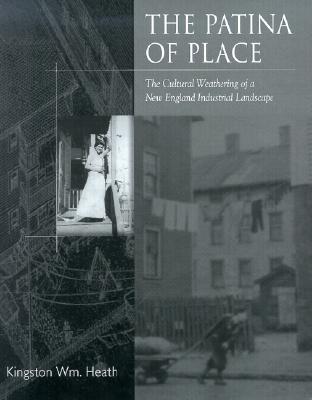 A first edition. Book is clean and tight. DJ has rubbing on the back. Has minor shelf wear. We put tracking on every shipment.

In the late nineteenth and early twentieth centuries, the booming textile industry turned many New England towns and villages into industrialized urban centers. This rapid urbanization transformed the built environment of communities such as New Bedford, Massachusetts, as new housing styles emerged to accommodate the largely immigrant workforce of the mills. In particular, the wood-frame "three-decker" became the region's multifamily housing design of choice in urban areas and is widely acknowledged as a unique architectural form that is characteristic of New England. In The Patina of Place, Kingston Heath offers the first book-length analysis of the three-decker and its cultural significance, revealing New Bedford's evolving regional identity within New England.
The Patina of Place offers a multidisciplinary analysis of workers' housing as an index to social change and cultural identity in New Bedford from 1848 to 1925. Heath discusses both the city's company-owned mill housing and the subsequent transition to a speculative building market that established the three-decker rental flat as the city's most common housing form for industrial workers.
Using the concept of "cultural weathering" to explore the cultural imprints left by inhabitants on their built environment, Heath considers whether the three-decker is a generic "type" that could be transferred elsewhere. He concludes that the ethnic, economic, and geographic conditions of a locale serve as filters that reshape the meaning, utility, and character of a building form, thereby making it an integral part of its particular community. Specifically, he shows how the three-decker was lived in, and used by, its original inhabitants and illustrates its transformation by later generations of residents following the collapse of the textile industry in the mid-1920s.
The Patina of Place focuses on the three-decker in New Bedford, but its overarching theme concerns the cultural, economic, and social complexities of place-making and the creation of regional identity. Heath offers a broad investigation of the forces that drive the production and consumption of architecture, at the same time providing an economic and cultural context for the emergence of a particular architectural form.
The Author: Kingston Heath is associate professor in the college of architecture at the University of North Carolina at Charlotte. His articles have appeared in The Encyclopedia of Architecture and Old-Time New England, among other publications.

Title: The Patina of Place: The Cultural Weathering of a New England Industrial Landscape

The Rockies: Pillars of a Continent