Rhode Island may be the smallest state, but it has the tallest tales. It's home to many larger-than-life men with exciting stories of mutiny, revolt and daring. Horror writer H.P. Lovecraft tries to escape the grasp of the demonic "Night-Gaunts" that haunt him. Captain William Kidd, convicted of piracy and murder, is hung and left to rot as a warning for others pursuing a similar career path. And Samuel Slater, Father of the Industrial Revolution, may be a revolutionary in our eyes, but he is considered a treasonous rogue by the English. Travel with M.E. Reilly-McGreen as she follows up her book Witches, Wenches and Wild Women of Rhode Island with tales of the best and worst men The Ocean State has to offer.

Description: Brand New. We put tracking on every shipment.

By: (Prepared with the co-operation of The Rhode Island Historical Society) [prefato

Home on the Range: West by East

By: Rhode Island School of Design 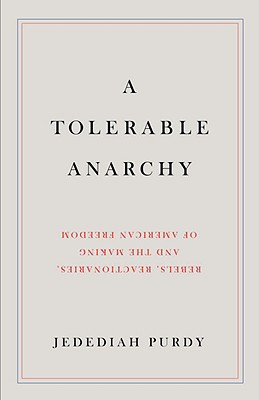 A Tolerable Anarchy: Rebels, Reactionaries, and the Making of American Freedom