By: STEPHEN B. OATES

Book is clean and tight. Has minor foxing on top page edges. We provide tracking on every shipment.

This second book in the extraordinary Voices of the Storm trilogy from prize-winning historian Stephen Oates is a persuasive and dramatic revisionist account of the complex and destructive Civil War years.

The Bloody and Terrible Civil War is brought vividly to life as Stephen B. Oates continues his acclaimed trilogy with The Whirlwind of War. Using dramatic, first-person narrative, Oates impersonates the voices and viewpoints of 11 of the era's principal players: rival presidents Abraham Lincoln and Jefferson Davis; rival generals Robert E. Lee and Ulysses S. Grant; legendary abolitionist Frederick Douglass; battlefield nurse Cornelia Hancock; assassin John Wilkes Booth, and others, bringing a new depth of understanding to this turbulent era. Each speaker gets a turn on the stage, relating their points of view and the part each played as a participant or eyewitness in the events that shaped America's future.

Coupling his own impressive research with the best in modern technical scholarship, Oates persuasively documents a host of surprising new facts and conclusions about the period. These include John Wilkes Booth's purported ties to the Confederate Secret Service, and puts forth a convincing argument that Lincoln's assassination was approved and supported by the highest levels of the Confederate government, possibly including Jefferson Davis himself. Rich in detail and historical insight, The Whirlwind of War offers a fresh perspective on our nation's most divisive time.

Rhode Island and the Civil War: Voices from the Ocean State 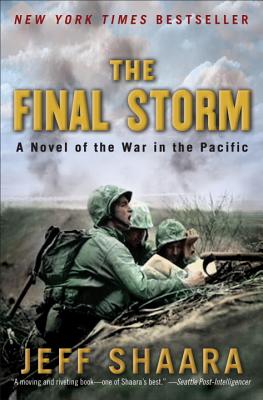 The Final Storm: A Novel of the War in the Pacific

Desert Storm: The War in the Persian Gulf