From the bloodbaths of the First World War through the military defeat and Nazi occupation of the Second World War, the people of France struggled with the pain and anxieties of a nation in crisis. In this sophisticated cultural history of France from 1914 to 1945, Charles Rearick tells how the French discovered ways to cope and found reassurance and relief through songs, movies, and images of ordinary people that they took to heart. Augmenting this fascinating story with more than 125 illustrations, Rearick reveals the power of popular myths and symbols at work throughout a critical period of the twentieth century.

In everyday life of this time, stories of ordinary French people carried important messages of gritty self-reliance and cheerful good humor. Images of common folk -- the jovial infantryman and his devoted woman, the bantering working-class Parisian, the suntanned hiking youth, the militant striker -- drew on shared experiences, wishes, fears, and interests. These were embodied in the songs and personas of such musical stars as Maurice Chevalier, Mistinguett, Josephine Baker, Tino Rossi, Charles Trenet, and Edith Piaf; in the films of such directors as Rene Clair, Jean Renoir, Julien Duvivier, and Marcel Pagnol; and in movie characters played by Jean Gabin, Fernandel, Michele Morgan and others. Rearick shows how these celebrities and characters influenced the ways in which the French redefined their lives and responded to adversity.

Title: The French in Love and War: Popular Culture in the Era of the World Wars

Description: A first edition, with a full number line. Book is clean and tight, with a pen mark on the upper page ends. DJ has minor wear but is still bright. We put tracking on every shipment. 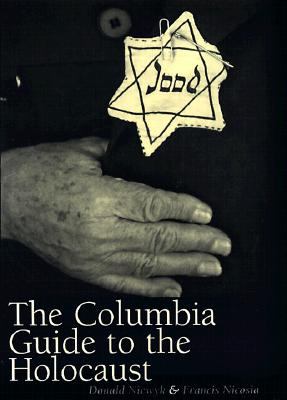 The Columbia Guide to the Holocaust

French Cabinetmakers of the Eighteenth Century

The Professor at the Breakfast Table, With the Story of Iris