At a time when American Jews should feel more secure and cohesive than ever, civil war is tearing apart their community. Congregations, neighborhoods, even families are taking sides in battles about Jewish identity and Jewish authenticity. The conflict pits fundamentalist against secularist, denomination against denomination, even liberal against conservative within each branch of Jewry.

"Jew vs. Jew" tells the story of how American Jewry has increasingly -- and perhaps terminally -- broken apart in the last forty years.

"Jew vs. Jew" stretches in time from 1960 to 2000. It travels the country from Florida to New England, from Los Angeles to the Catskills in New York, from Cleveland to Denver, and it also crosses the ocean to Israel to show how tensions within the Jewish state inflame those among American Jews. The flash-points range from conversion standards to the role of women, from the peace process in Israel to the sexual climate on an Ivy League campus. But behind them all, as Samuel Freedman writes, lie common causes. First, far from unifying American Jews, Israel now divides them on both political and religious grounds. Second, neither America nor the larger world presents Jews with a single enemy against whom to coalesce. Third, and most important, nothing in the Jewish history of persecution, oppression, and exile prepared the Chosen People for the challenge posed by America, the challenge of being absorbed into a tolerant and diverse nation, being accepted so thoroughly that the intermarriage rate tops 50 percent.

"Jew vs. Jew" introduces readers to memorable places and characters. Freedman describes one of the final summers at a Labor Zionist camp in theCatskills whose brand of secular Jewishness is becoming obsolete because Zionism succeeded in creating Israel. He tells the story of Orthodox and Reform Jews in a Cleveland suburb who are fighting about the construction of several synagogues -- and, on a deeper level, about whether unity or pluralism ought to be the goal of Jewish life. He portrays a Florida Jew so violently opposed to the Oslo peace accords that he planted a bomb in a synagogue where Shimon Peres was speaking. He tells about a Los Angeles congregation that spent three years debating whether or not to honor the Biblical matriarchs in its liturgy.We come to know the Long Island neighbors who cannot tolerate sharing even a property line because their versions of Jewish identity are so irreconcilably different.

"Jew vs. Jew" is a work of vigorous reporting, lucid writing, and intellectual curiosity. And even as it chronicles an embittered and polarized community, it refuses to take sides or pass judgment. Instead, with compassion and acuity, "Jew vs. Jew" bears witness.

Title: Jew vs. Jew: The Struggle for the Soul of American Jewry

Description: At a time when Jews in the United States appear more secure and successful than ever, Freedman maintains that cultural and religious differences are tearing apart their community. A first edition, with a full number line. Book is clean and tight. Has minor shelf wear. Has tanning on the pages and page edges. We put tracking on every shipment. 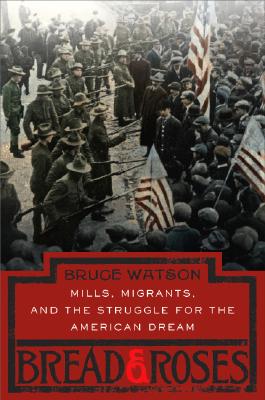 Bread and Roses: Mills, Migrants, and the Struggle for the American Dream

The North: The Communist Struggle for Vietnam (The Vietnam Experience)